The Best Vegan [Plant Based] Milk for Cereal

One of the most overwhelming things about being vegan or dairy free is the sheer volume of plant-based milk, each with its own pros and cons. Some kinds of milk are good for some things … 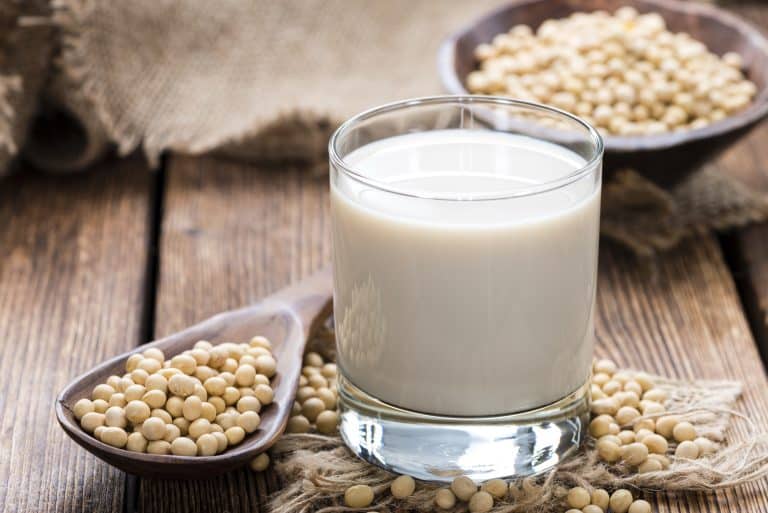 One of the most overwhelming things about being vegan or dairy free is the sheer volume of plant-based milk, each with its own pros and cons.

Some kinds of milk are good for some things but not others, which is why vegans tend to buy a few different types. When it comes to cereal, oat milk seems to be the best, but soya milk is popular too.

Here’s everything you need to know about picking the right milk alternative for cereal and why oat milk and soy milk are the most popular choices.

Which Milk Substitute Tastes Most like Milk on Cereal?

There is no plant-based milk that tastes just like the real thing, but some are closer than others. That’s why some people who are lactose-intolerant prefer to just get lactose-free milk.

The closest is probably oat milk, with soy milk coming in second. Again, they’re not identical to dairy milk, but they’re as close as you can get.

The trickiest thing about milk substitutes is the taste and quality vary drastically from brand to brand. So, one brand’s oat milk tastes great, while another might be too watery and leave a funny aftertaste in your mouth.

Generally speaking, the big brand names seem to taste better than store-brand milk alternatives. For example, Oatly and Califa Farm’s are arguably the best-tasting oat milks and have the best texture.

While Alpro is probably the best soy milk, Silk and Edensoy are popular too. This isn’t always the case; the Tesco brand oat milk is surprisingly really good in cereal and is much cheaper. It’s really a process of trial and error.

Oat milk has a thicker texture, more akin to dairy milk than some other milk substitutes. Since so many milk substitutes are nut-based, they have pretty noticeable nutty flavors, which is nothing at all like dairy milk.

So oat milk’s flavor is more neutral than the likes of almond milk or coconut milk. It also generally is not as watery as these plant-based milks tend to be. Soy milk also often has a creamy but mostly neutral taste too.

In terms of nutritional content, soya milk is the closest to cow’s milk. Soy is one of the very few plant-based sources of complete protein, which means it has all nine essential amino acids that cannot be synthesized by the body.

Other milks may have protein, but they do not have all the amino acids. So, this is why vegans consume a variety of plant-based proteins to cover their bases.

Soy milk also has half the sugar as cow’s milk – as long as you do not buy sweetened soy milk. It even has more protein and less saturated fat (source: Nutritionix). It also contains the same amount of calcium, slightly more vitamin A, and more iron. Remember, the exact nutritional breakdown varies per brand and product.

Oat milk has much less protein and nutrients than soy milk or cow’s milk so pay attention to the rest of your diet if this is your plant-based milk of choice (source: Nutritionix).

With that said, most brands fortify their products with some of the vitamins and minerals found in cow’s milk. Keep in mind that Rude Health prefer to keep things on the more natural side, so they tend not to fortify their drinks.

Most non-dairy milks, including soya milk, almond milk, and rice milk have drastically lower calories per serving than cow’s milk. However, most oat milk still contains a similar caloric content.

What Do Most Vegans Put on Cereal?

Most vegan milks typically put soy milk in their cereal.

While oat milk arguably tastes the best, many of the big brands of oat milk are more expensive than soy milk. Whereas, if you’re on a budget, generally, soy milk seems to be the most consistent since it’s also good for baking, cooking, tea, and coffee.

Buying multiple cartons of different plant-based milks isn’t convenient so it’s easier to stick with one.

Soy milk is a pretty good second best when compared to dairy milk. It also has a thick texture, is slightly sweet, and has more neutral flavors.

Soy and oat milk are great for oatmeal. They’re also good in chocolatey cereals, where you want the flavor of the cereal to shine. Any milks with more of a flavor, like almond milk, hazelnut milk, and hemp milk, can taste funny in this case.

Rice also has a pretty neutral flavor, but it tends to be quite watery, which is why most vegans seem to prefer oat milk and soy milk.

For light granola, muesli, or bran flakes, some people prefer almond milk or hazelnut milk because the nutty flavor compliments the cereals, and the light texture is refreshing. Soy milk and oat milk aren’t bad with these cereals, but nut milk is a good option in this case.

Meanwhile, coconut milk is not ideal for cereal because it tastes very strongly of coconut.

Again as mentioned earlier, some vegans might like oat milk the most in cereal, but pick soy since it’s easier, sometimes more affordable, and reduces waste. It’s easier to just buy a few cartons of the same milk rather than having multiple different milks open at once for different uses.

I hope this cleared up any questions you had about the best vegan milk for cereal.

Can You Eat Tamales Cold? Are They Good?

Where to Buy Vegan Marshmallows