Browning and Baking with Vegan Butter

There’s a vegan alternative to almost everything now, but they might not always hold up to the real deal. So, can you brown and bake with vegan butter and produce even better results? Overall, vegan … 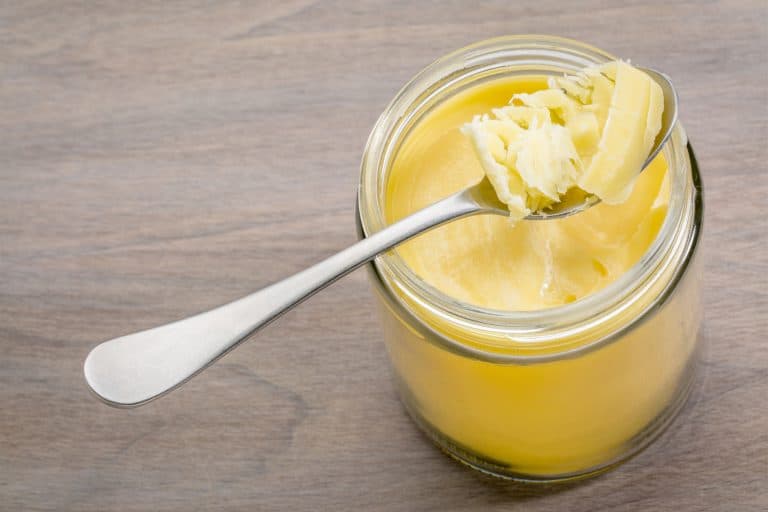 There’s a vegan alternative to almost everything now, but they might not always hold up to the real deal. So, can you brown and bake with vegan butter and produce even better results?

Overall, vegan butter can be used when browning and baking. A good quality vegan butter will produce almost identical results to dairy butter.

We’ll guide you through everything you need to know about baking and making sweet treats when using vegan butter.

Can You Brown Vegan Butter?

You can brown vegan butter, but it doesn’t seem to be as straightforward as it is with regular butter.

Browning butter essential involves gently cooking it until brown to create a soft nutty flavor to savor as is or use in recipes. Browning regular butter typically only takes around five minutes by pan-cooking butter over medium-low heat.

The milk solids are the reason regular butter browns thanks to what’s known as the Maillard reaction (source: Science Of Cooking). In fact, lots of people add extra milk when browning regular butter for optimal results. However, vegan butter lacks milk so the cooking process is not the exact same, nor will the results be indistinguishable.

Vegan butter recipes from brand to brand, so it’s not a one size fits all approach as is with regular butter. Vegan butters containing plant-based milk (like soya or almond) can be browned.

Most vegan butters are made from oils so it’s tricky to find ones suitable for browning. Some vegans will actually make a vegan butter from scratch using a recipe with plant-based milk and then browning it, which is a tedious process (source: The Hidden Veggies).

Vegan butter without a dairy substitute is unlikely to brown. If you’re having trouble browning your butter, adding plant-based milk like soya milk to the mixture might help.

It takes between 10 to 15 minutes to brown vegan butter in a saucepan over low heat. Keep an eye on it to ensure it does not burn. Remember it may not taste or feel identical to browned dairy butter.

Is Vegan Butter Good for Baking?

Vegan butter is pretty good for baking. Your baked goods should not taste or feel substantially different if you use vegan butter rather than dairy butter.

You should not need to alter anything else in the recipe. Simply swap in an equal amount of vegan butter instead of dairy butter. Remember that vegan butter does not melt at room temperature the same way dairy butter does. For some recipes, you may find yourself melting or partially melting it so it will mix better with other ingredients.

Bear in mind that lots of vegan butters have different purposes. While regular butter is mostly a one-size-fits-all approach, vegan butters are less straightforward. Some will be marketed as only for spreading on toast or sandwiches, others all all-purpose, and some for baking.

So, for the best results, use one that mentions baking on the label (or just avoid the ones intended to be used solely as a sandwich spread).

Many vegans will replace butter with banana, oil, yogurt, applesauce and even avocado – all of which can alter the texture and taste of baked goods. But, the most straightforward thing to do is actually use vegan butter.

This is because other substitutes can alter the texture of the dough so you might find yourself having to add more flour to balance it out.

Vegan butter is good for fluffy baked goods like cake, cookies, scones, brownies, pancakes, and muffins. Vegan butter is also the best choice if you are baking something without a strong flavor – such as blondies rather than brownies.

For example, if you were baking brownies or chocolate cake, the chocolate would drown out the flavor of something like applesauce or banana.

Which Vegan Butter is Best for Baking?

The most highly rated vegan butters for baking appear to be:

Any vegan butter designed and marketed for baking should be fairly good if you cannot find these ones.

If you need a binder more than a buttery taste, you could consider vegan marshmallows, too.

Can You Use Vegan Butter for Caramel?

Vegan butter can be used to make caramel.

However, it is not a necessity. There are tons of recipes that do not require vegan butter – instead subbing in brown sugar and coconut cream.

When using vegan butter for caramel, beware that some of the ingredients might separate as you melt the butter. If this happens, you might find yourself needing to stir it more than you would with dairy butter. You’ll get a delicious caramel at the end which should not taste much different to the non-vegan version, but it may take a little longer.

Can You Use Vegan Butter for Buttercream Frosting?

Vegan butter can also be used to make the buttercream.

As mentioned earlier, not all vegan butter is equal. How much – or whether there is any – plant-based milk in the ingredients list makes a difference. Another thing to keep in mind is the fat content.

It can be hard to find vegan butter low in fat, as many people who are vegan are quite health-conscious, so lots of vegan alternatives tend to be low in sugars, calories, and fats. For this reason, many vegans make buttercream with coconut oil instead (source: Instant Veg).

With that said, some of the most suitable vegan butter choices for making buttercream include:

Can I Use Regular Butter or Margarine instead of Vegan Butter?

If a recipe calls for vegan butter, you can sub in regular butter or margarine instead of vegan butter for most if not all recipes. These all essentially provide the same function when baking (which is to help provide structure and moisture).

As long as you use the exact same amount of regular butter or margarine as the recipe called for then the difference should be negligible.

As mentioned earlier, butter substitutes like coconut oil or applesauce often mean having to balance out the dough before cooking. So, if a recipe was created around using one of these butter replacements – and not a store-bought vegan butter – you might have to add more or less of other ingredients too.

It should go without saying, that this switch means the dish is no longer suitable for anyone who is vegan or has a dairy allergy – assuming there is no dairy elsewhere in the recipe. However, if there is no meat, it should still be suitable for vegetarians.

I hope this cleared up any questions you might have had about browning and baking with vegan butter.

Hawaiian Papio Fish (Ulua): How It Tastes and How To Cook It