The Paleo diet, also called the Caveman diet, is a diet based on eating like our Paleolithic ancestors. If you are considering starting the Paleo diet, you might be wondering what you can and cannot … 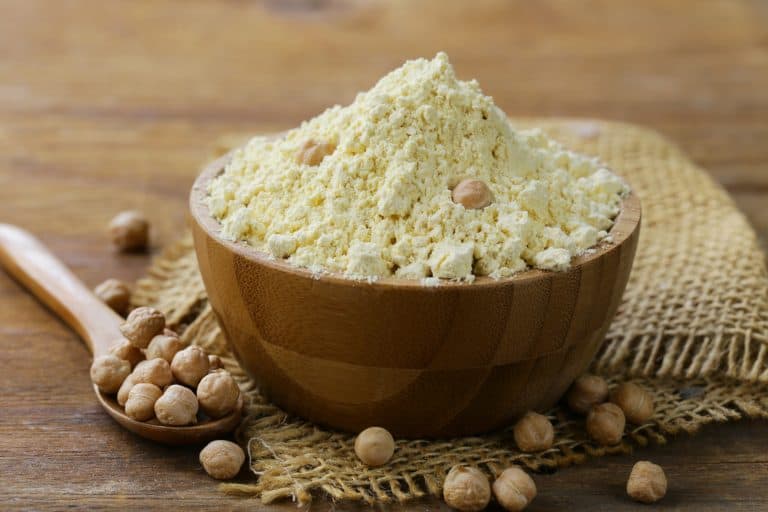 The Paleo diet, also called the Caveman diet, is a diet based on eating like our Paleolithic ancestors. If you are considering starting the Paleo diet, you might be wondering what you can and cannot eat, particularly when it comes to legumes such as chickpeas.

Chickpeas are not considered Paleo-friendly because they contain antinutrients, including lectins and phytates. Although legumes were available during Paleolithic times, the Paleo diet restricts these antinutrients and also encourages a low to medium carbohydrate intake.

However, this is not a hard rule since different interpretations of the Paleo diet exist. Read on to learn why this debate exists and whether or not you should include chickpeas in your diet.

Roasted or sprouted chickpeas are not Paleo because they still come from a legume, which is a non-Paleo-friendly food.

However, roasting or sprouting chickpeas does lower the antinutrient content. This is a good thing, because antinutrients are a big reason Paleo advocates recommend against consuming legumes. So what exactly are antinutrients?

As Harvard’s School of Health explains, antinutrients are naturally existing compounds in food designed to block the absorption of nutrients during digestion (source: Harvard School of Health). They exist as a protective mechanism for plants so they can survive.

These antinutrients can be toxic in large quantities, but our bodies can process small amounts of them. However, there is debate over how much is healthy to consume and what foods should be avoided altogether due to these antinutrients.

There are several types of antinutrients, and chickpeas are mostly known for having two: lectin and phytic acid.

Suppose you want to eat chickpeas but are worried about their antinutrient content. In that case, the good news is that soaking and heating them can reduce the amount of these chemicals.

Let’s take a deeper look at how sprouting or roasting lowers antinutrients and makes them more Paleo-friendly.

What Happens When You Sprout Chickpeas

Sprouting chickpeas is just like it sounds. You soak the beans in water overnight until they develop sprouts on the ends.

Why is this a good thing? Because lectins and phytates are water-soluble. While the chickpeas soak, these antinutrients get absorbed or deactivated by the water.

Make sure to discard the soaking water and rinse or boil the chickpeas in fresh water before consuming.

Also, chickpeas use carbohydrates (an energy source) to sprout, potentially lowering the food’s glycemic load. It might not be a significant decrease, but it is still beneficial if you’re trying to keep your net carb or glycemic rating low.

Cook Chickpeas Before Roasting To Lower Their Antinutrients

Heat alone is not as effective in reducing phytates and lectins in chickpeas. So if you plan to roast your chickpeas, try soaking or sprouting them in water first.

If you’re following the Paleo diet, you might be missing some foods such as bread or pastries. Can you replace regular flour with chickpea flour on a Paleo diet?

You may still notice several flours and processed foods labeled “Paleo” in the grocery store. Whether or not you consider them Paleo comes down to how you interpret the diet and how strict you want to be.

Did our Paleolithic ancestors cook and eat products made with processed flour? No, they didn’t.

However, according to Stephen Guyenet, a research scientist with a Ph.D. in neurobiology, our Paleo-era ancestors did, in fact, consume some starches and beans (source: Whole Health Source: Nutrition and Health Science).

So while heavily processed foods such as flour are not considered Paleo, their ingredients can be.

If you want to follow the Paleo diet closely, there are some chickpea alternatives you can try.

Cauliflower is one of the best substitutes for beans and legumes. You can cut it into small, bean-sized bits and toss it into your salad for a chickpea-like texture. Roast, puree, and season cauliflower in place of chickpeas to create a dip similar to hummus.

Eggplants and zucchini also work well as hummus replacements. So if you’re missing that hearty, bean-like flavor, these rich veggies may satisfy that craving.

There is a debate over just how Paleo-friendly beans and legumes are. While they did exist in caveman times, they don’t align with some of the dietary beliefs of strict Paleo-dieters. Ultimately, it’s up to you to weigh the pros and cons and decide how strict you want to be.

Should You Use Chicken Skin in Soup or Broth?

What to Dip Jalapeno Poppers In: Sauce Ideas