Is Goat Cheese and Milk Paleo? If So, Why?

If you want to follow a Paleo diet, whether to lose weight or for general health reasons, you might wonder if some of your favorite foods will make the cut. When it comes to some … 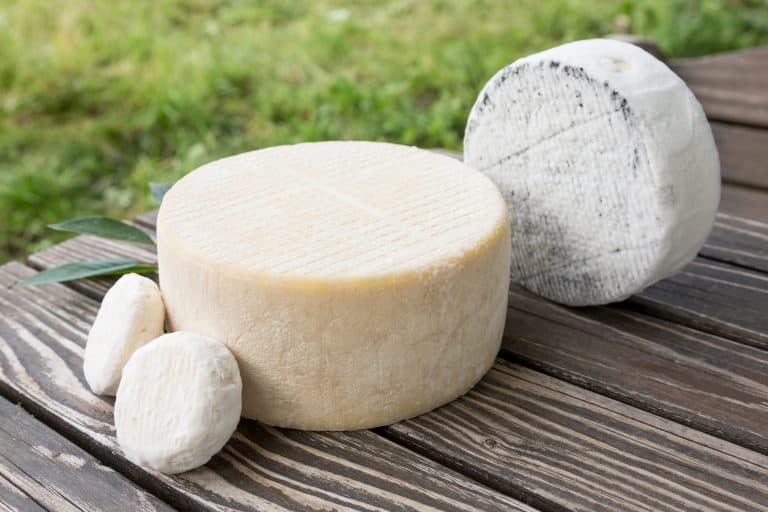 If you want to follow a Paleo diet, whether to lose weight or for general health reasons, you might wonder if some of your favorite foods will make the cut. When it comes to some dairy products like goat cheese or milk, the information you find can often seem contradictory.

Luckily, by reading through the rest of this article, you’ll have a much better idea of whether these foods are actually Paleo or not.

Goat cheese and milk are not considered Paleo since they fall under the “dairy” food group, which is not part of the original Paleo diet. However, if you include some sort of dairy in your Paleo diet, organic, grass-fed goat milk and cheese are preferable to other types of dairy.

Keep reading to learn more about if and how you can incorporate goat cheese and milk into a Paleo diet.

Raw goat cheese is not Paleo, but it is Paleo-friendly. The Paleo diet avoids dairy due to the idea that our ancestors didn’t have ready access to animals that gave milk. However, raw goat cheese contains many nutrients and beneficial enzymes that contribute to your overall well-being.

Because the Paleo diet is based on foods our ancestors ate during the Paleolithic era, processed foods are mostly off-limits. (Source: Harvard T.H Chan School of Public Health)

Pasteurization didn’t exist even as an idea back in the Paleolithic era, so it makes sense that typical goat cheese made from pasteurized milk wouldn’t be part of the diet of our ancestors.

The whole process of making it is pretty simple, although it should adhere to certain standards to make sure it’s safe to consume. (Source: Puget Consumers Co-op)

Given its nature, raw unpasteurized goat cheese is as close to a prehistoric diet as dairy gets, right? This might be true, but raw goat cheese is still not Paleo-approved, at least not traditionally.

Since the point of the Paleo diet is to avoid any or most foods that were not available to people living in the Paleolithic era, any kind of dairy is excluded. Raw goat cheese, as healthy and unprocessed as it is, no matter if it’s cooked, is still made of goat milk, so it’s not considered Paleo.

Goat cheese feta is not Paleo. While it’s true that traditional feta cheese is made of a mix of sheep’s and goat milk, or even 100% sheep’s milk, goat feta cheese is still processed and pasteurized, which excludes it from the Paleo diet.

Goat milk is not Paleo, but it is healthy. Researchers have determined that goat’s milk is closer to human breast milk than cow’s milk. In fact, of the 14 naturally occurring oligosaccharides found in goat’s milk, 5 of these are found in human milk.

The Science Daily published a paper about the effects of goat milk on infants’ gut health. The researchers found that the goat’s milk formula had similar prebiotic and immune-boosting properties to those of its human counterpart. (source: Science Daily)

While goat milk is not Paleo-approved, you might be able to consume it if you want to. The Paleo diet excludes dairy products, but it can be a healthy addition to your diet every once in a while.

The Paleo diet guidelines do say that anything containing substantial amounts of lactose is not supposed to be digested by humans, which is indicated by a large number of people with lactose intolerance. (Source: Mayo Clinic)

If you’re following a strict Paleo diet, you might need to give up goat milk and any byproducts.

However, you might choose to follow a less strict Paleo diet, which means choosing to consume some dairy once in a while. Of course, our Paleo ancestors never had the chance to even try dairy.

Still, you can try to maintain a healthy Paleo diet while consuming some form of dairy in moderation. Many followers choose to include some foods that were unavailable during the Paleolithic era, as long as they’re beneficial to their health. (Source: Paleo Leap)

If you decide not to follow a strict Paleo diet, goat milk is considered an excellent choice as a healthier alternative to cow milk. It contains more vitamins and nutrients than its cow counterpart, although it is considerably richer in fat.

If you can, try to find raw, organic, grass-fed goat milk or byproducts in order to be as close as possible to the rest of the diet.

Goat milk and any byproducts are not Paleo because they were not consumed by humans in the Paleolithic era. However, if you were to break Paleo rules a little bit, goat milk and cheese are among the healthiest options.

What is Urbech Paste? The Nut Butter You Must Try

Can You Eat Chocolate on the Paleo Diet?