Why Is Hawaiian Punch Never Cold? Can I Freeze It? 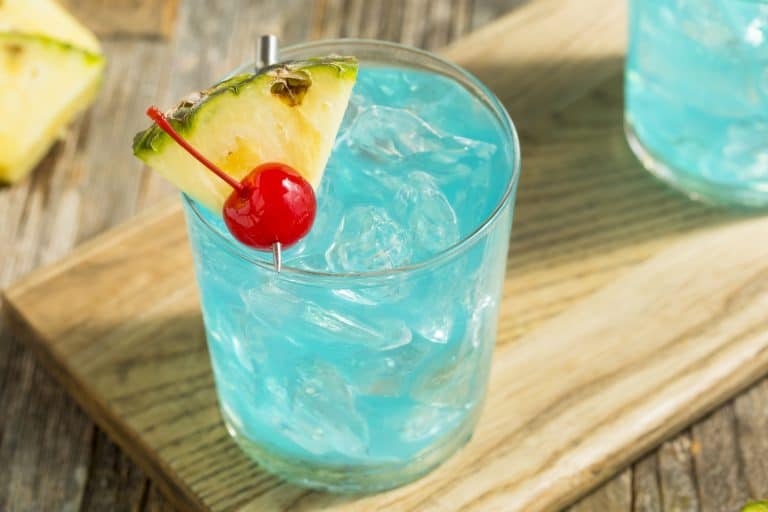 The rest of this article expounds on why Hawaiian Punch never seems to get cold and how you can find a workaround using science. If you, like many others, are interested in getting to the bottom of this mystery, keep reading.

Can You Freeze Hawaiian Punch?

Hawaiian Punch has been in the market since 1950. It was first developed by Tom Yates, A.W. Leo, and Ralph Harrison as a tropical-tasting syrup meant to be an ice cream topper.

Years later, they serendipitously found out that there was a market for the syrup as a fruit drink and started selling quart bottles of the concentrate in retail grocery stores. And the rest is history.

But can Hawaiian Punch actually be frozen?

High sugar concentrations, which give syrup its viscosity, lower the freezing point because the sugar molecules impair the water’s ability to form hydrogen bonds. Hydrogen bonds are needed to achieve the solid state we see in freezing.

It is also possible to increase the rate at which Hawaiian Punch freezes by freezing it in smaller quantities after diluting it. However, if your appliance has a deep freeze capacity, you don’t even have to worry about this.

Can Hawaiian Punch Get Cold? Why Not?

The freezing point of most liquids is also its melting point. The difference lies in whether you are adding heat or taking it away.  (Source: JLab Education)

Also, the freezing point of water is higher than that of Hawaiian Punch, which makes its melting point also higher. So at room temperature, the ice cubes will start to melt before they can make your Hawaiian Punch cold. This is why people report having melted ice cubes in Hawaiian Punch that did not feel cold at all.

However, this doesn’t mean it is impossible to make Hawaiian Punch cold. It will eventually get cold if you keep it below its freezing point long enough. If you want to serve it cold at a party, you could dilute it before refrigerating to decrease its sugar concentration and raise its freezing point.

So you may want to keep your Hawaiian Punch in a cooler dispenser with plenty of ice and serve it straight out of the refrigerator during get-togethers.

Who knew that a tweet over something so seemingly random and insignificant could become so viral, spark an internet-wide debate, inspire memes, and spur people on a scientific journey of fact-finding? I bet you’ll never look at Hawaiian Punch the same way after this.

How To Garnish a Margarita – And What With

Do You Simmer With the Lid on or Off? Simmering Tips