Is Nutritional Yeast Vegan? If So, Why?

You might see people on social media raving about nutritional yeast or “nooch” as many call it, or see it pop up in tons of recipes and wonder if it’s a way to secure extra … 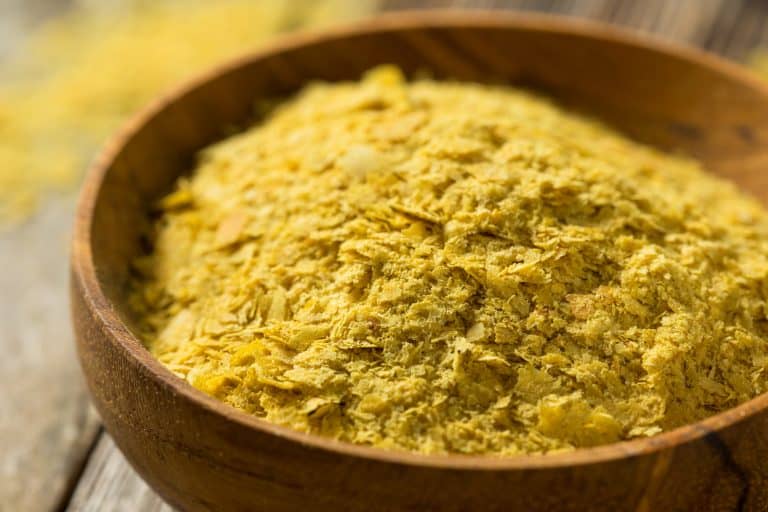 You might see people on social media raving about nutritional yeast or “nooch” as many call it, or see it pop up in tons of recipes and wonder if it’s a way to secure extra nutrients as a vegan.

Nutritional yeast is vegan. It’s commonly used as an alternative to cheese, and is even a good source of vitamin B-12, which can be hard to find on a plant-based diet. It also contains some protein, fibre, and iron (source: Nutritionix).

We’ll walk you through what you need to know about adding nutritional yeast to your diet as a vegan, and provide alternatives if it’s not for you.

Nutritional yeast is vegan – and it’s very popular amongst vegans. It does not come from animals or contain any added animal products.

In fact, most – if not all – products from brands selling nutritional yeast should be vegan too. However, always be sure to check the ingredients list first to be on the safe side.

A plain nutritional yeast should be vegan-friendly by default. If you come across any brands which are favored or are mixed with something else, then you should double-check the ingredients to be safe. Sometimes milk powder is added to seasonings – which is not vegan.

Some kinds of sugar are not vegan-friendly either. With that said, it’s very rare you will find a nutritional yeast product in stores that has been infused with something else.

Products will usually be marked with a vegan label on the back. Some vegans would rather not take the risk if they don’t see such a label.

Why is Nutritional Yeast Vegan?

Nutritional yeast is made from the same type of yeast used to make bread and beer; which is Saccharomyces cerevisiae. This is a single-cell organism (source: Sciencing).

So, is not considered a living thing the way that animals are. Animals are off the table for vegans, but if plants, fungus, and bacteria were considered animal products, there would be nothing left to eat.

This is not the case with nutritional yeast. The yeast is grown on cane and beet molasses. It is then fermented, cleaned, harvested and pasteurized where it becomes the recognizable yellow flakes lots of vegans know and love (source: The New York Times ).

So, there are no animals or animal by-products typically involved in the process.

What Can Vegans Use Instead of Nutritional Yeast? Substitute Suggestions

Some vegans either do not like nutritional yeast or cannot stomach it. While yeast is not necessarily considered an allergen, anecdotally, some people find it upsets their stomachs.

If you have a sensitive stomach, or even IBS, Chrons or are celiac, then you might end up noticing nutritional yeast leaves you feeling unwell. Fortunately, nutritional yeast is not an absolute necessity in a healthy vegan diet.

Nutritional yeast is used either for replacing cheese, adding a savory tang to food, or giving something a nutritional boost.

Cashew cheese is typically made with nutritional yeast, cashews and seasoning, but you can find a few recipes online that make it without the nooch (source: Minimalist Baker).

For salty savory tastes, add some soy sauce or miso paste to dishes. White miso paste seems to be the most common, but rice miso paste and barley miso paste work too if that’s the only thing you have access to.

For extra nutrition, consider adding shredded seaweed, chia seeds, sunflower seeds or chickpeas to your foods. These all contain healthy fats and some protein. While nutritional yeast is often hailed as a great source of vitamin B12, the reality is that most of it is fortified, and you won’t find much B12 in its natural form.

Dried purple laver which is a type of nori seaweed is a natural source of B12 (source: Nutrients). You can sprinkle it in a salad or use to add a salty tang to dishes like you would with nutritional yeast.

I hope this cleared up any questions you had about nutritional yeast and veganism.

Is Vegan Cheese Healthy or Unhealthy?