Is It Safe To Eat Candle Wax? Will You Get Sick?

Accidents happen in life, and sometimes, those accidents mean eating candle wax. From kids eating crayons to accidentally ingesting wax on a birthday cake, there are plenty of ways wax can find itself in someone’s … 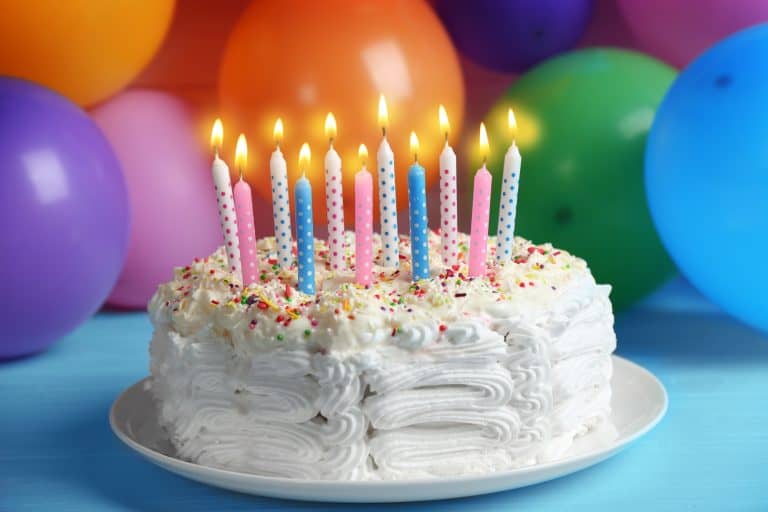 Accidents happen in life, and sometimes, those accidents mean eating candle wax. From kids eating crayons to accidentally ingesting wax on a birthday cake, there are plenty of ways wax can find itself in someone’s mouth. But is it safe to eat candle wax?

While candle wax is not poisonous, eating it can cause other issues. For one, most types of wax are not digestible and will cause an upset stomach for a while. Candles also contain other chemicals for fragrance and color, which can cause allergic reactions in some people.

There is much more to learn about the adverse effects of ingesting candle wax. This article will look at the effects and the symptoms to look out for in case someone ingests wax. Let’s dive in.

Can Eating Candle Wax Kill You or Make You Sick?

Eating candle wax could potentially kill you or make you sick, but it’s unlikely. If you ingest a small quantity of candle wax, it may not affect you. The wax will pass through the system like food, causing no harm.

However, eating a lot of wax can obstruct the airways, making it difficult to breathe or cause intestinal obstruction. Both of these can cause death in extreme circumstances.

The effects candle wax has on someone’s health depend on the quantity they ingest and the type of wax. For example, many candles are made of paraffin or plant-based wax, which your body cannot digest, so the wax dries up and blocks the intestinal tract or bowel (source: MedlinePlus).

Candle wax has also been known to cause wax poisoning, presenting symptoms like vomiting and extreme abdominal pain. This may not kill you, but it warrants a visit to the emergency room.

The same candles also contain artificial colorings, essential oils, and other fragrances that can make some people sick. Some of those chemicals can also interact with other medication the person is taking and lead to undesired consequences.

However, not all candles or crayons are made of dangerous wax. Some are made of plant-based wax like soy or carnauba palm, making them edible and no danger at all (source: FDA).

We also have candles made of animal fat, chocolate, cinnamon, and other less dangerous substances.

What Happens if You Eat Birthday Candle Wax?

One likely instance of ingesting candle wax is on a birthday cake. Putting candles on birthday cakes is a special tradition stemming from the ancient Greeks and symbolizes the light of life (source: WONDEROPOLIS).

However, candles in that era were made of tallow wax. Tallow, in turn, is made from the meat of cattle or whale fat (source: Parks Candles).

This meant the candles were safe if you ingested them accidentally, and no one was worried about kids eating them.

Many candles today are made of paraffin wax, petrol, and coal waste products. Inhaling the fumes from such candles is dangerous enough, without even eating them (source: SpringerLink).

However, if you or someone you love ingests some candle wax with a big bite of birthday cake, there is no need to panic.

Eating a little birthday candle wax will not make you sick or kill you. You may deal with an upset stomach for a little bit, but drinking water will sort this out. People who are allergic to other substances in candles may also get a reaction warranting a visit to the doctor.

In the rare event that a person gets excited and eats a lot of birthday candles, you must seek immediate medical attention to prevent blockage of the intestines and airways. Ideally, you should use edible candles on birthday cakes, especially if you have kids.

You can also get tallow candles, though they are not as common as beeswax and paraffin candles (source: Helstrom Farms)

Symptoms To Look For After Eating Wax

Generally, candle wax is not poisonous or dangerous if you consume a small quantity. The worst that can happen is an allergic reaction or medicine interaction with some of the chemicals used in candles to add fragrance and color.

However, if you ingest too much candle wax, wax poisoning can occur. Not sure about the amount of candle someone ingested? Here are some wax poisoning symptoms you can look out for:

Once you notice these symptoms, call 911 immediately or rush the person to the emergency room. If possible, take the candle with you and provide the doctors with any information about what time they ate the wax, the amount, and the symptoms you have noticed.

In the meantime, ensure the person is breathing and remove any candle pieces in their mouth. If they must drink water, try hot water to ensure the airway is not blocked before the doctor’s intervention. (source: Missouri Poison Center)

The doctors will secure the patient’s airways while monitoring their vital symptoms and also try to remove the wax from the system. In some cases, a laxative will be used to get rid of the wax and plenty of fluids. Thankfully, most people recover fully with early intervention and medication.

Overall, if you or someone else happens to ingest a little candle wax, don’t panic. Most of the time, it’s nothing to worry about at all.

Do You Wash Salmon Before Cooking It?

How Long Can Cooked Salmon Stay Out? When It’s Unsafe