Can You Smoke Chamomile? Is It Safe?

We have been using herbs for centuries for medicinal and recreational uses. Chamomile is one of the most popular ones out there that is usually taken in the form of tea. But what if you … 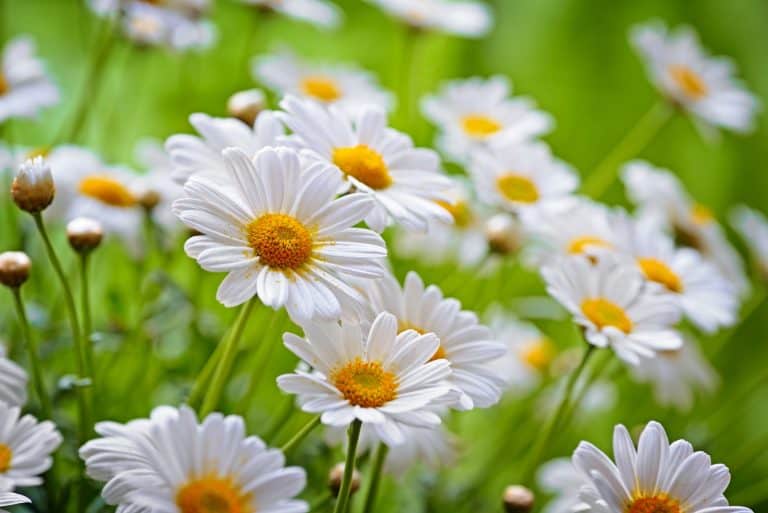 We have been using herbs for centuries for medicinal and recreational uses. Chamomile is one of the most popular ones out there that is usually taken in the form of tea. But what if you smoke it instead—can you, and if so, is it safe?

You can smoke chamomile and obtain similar health benefits to drinking it as tea, like calming your nerves, relaxing your mind, and soothing digestive tracts through a sedative and antispasmodic effect. But smoking anything can harm your lungs, so consider using a vaporizer for it instead.

Chamomile is widely associated with herbal teas that help people all around the globe to sleep at night, but that’s a massive understatement of its potential.

Read on to find out what happens when you smoke chamomile or if drinking it is different from smoking it, and what chamomile lovers who’ve tried smoking and drinking it said about it.

Is It Safe To Smoke Chamomile?

Chamomile might have tons of health benefits, but are there any risks associated with smoking it?

It’s not entirely safe to smoke Chamomile. The herb itself isn’t harmful, but the risk of smoking it is a cause of concern. Unlike regular cigarettes, there’s no tobacco or nicotine involved, but you’ll still be exposed to tar and carbon monoxide when you light up a herbal cigarette or joint.

I’ll start with a bold blanket statement: burning anything and inhaling it is not good for you, which also covers chamomile and all other herbs.

You might consider going out and buying Chamomile herbal cigarettes as a more fun way to reap all the benefits of drinking chamomile tea. But smoking chamomile, just like cigarettes, isn’t free of health risks. It’s herbal, so it’s not as dangerous by nature, but smoking it (or anything, for that matter) is still detrimental to your lungs.

A prime example is flavored herbal cigarettes, which can be legally sold to smokers of any age in most places since they have no tobacco or nicotine in them. You’d think they’re much safer, right?

No matter what the ingredients are—whether they’re chemicals or herbs—once you light them on fire and smoke them, you’re immediately at risk of pulmonary disease.

According to a Federal Trade Commission (FTC) report, herbal cigarettes contain many toxins and carcinogens found in tobacco smoke, including tar and carbon monoxide (Source: FTC).

The FTC issued an order in April 2000 requiring all herbal cigarette makers to include the following warning on the packaging (source: FTC):

“Herbal cigarettes are dangerous to your health. They produce tar and carbon monoxide.”

Hence, according to the FTC’s findings and recommendations, smoking any herb leads to pulmonary risks. It can still be helpful as nicotine- and tobacco-free alternative to regular cigarettes for people struggling to quit smoking, especially since chamomile also provides various health benefits (source: WebMD).

However, instead of smoking chamomile in a “joint” or a herbal cigarette, your best bet would be to use vaporizers if you’re looking to consume this herb by breathing it in. Vapes come in many different shapes, sizes, and variations.

They’ll help you secure all the benefits of smoking chamomile without the side effects of inhaling tar and carbon monoxide.

What Happens if You Smoke Chamomile?

You can get the most out of chamomile’s medicinal and health benefits if you smoke or vape it. Adding chamomile to your smoke blend can improve your sleep quality, counter restlessness, and counter muscle twitchiness. It can also quiet down thoughts at night, helping you fall asleep.

When you smoke chamomile instead of drinking it as tea, its compounds find their way into your bloodstream relatively quicker. That’s why consuming this herb by smoking or vaporizing it isn’t the same as drinking it in the form of tea, even if the inherent properties and ingredients are the same.

When you smoke chamomile, the compounds get absorbed directly through the lungs. But that comes with the caveat of the pulmonary risks of smoking anything, as discussed above. However, those can be slightly reduced by using filters or using vaporizers instead (source: Healthline).

Moreover, some chamomile lovers who have consumed the herb in both ways (tea and smoking) feel that the effects kick in much quicker when they smoke it. They need several cups of chamomile tea to replicate a similar feeling (source: PuffHerbals).

They also felt that the relaxing benefits of chamomile are elevated when they smoke it. It seems to help with emotional discomfort or anxiety that you feel in your stomach (anxiety butterflies). However, there’s still massive room for research to convincingly prove any of the benefits of smoking chamomile.

I hope this article brought you some meaningful insight into the benefits and health risks of smoking chamomile, should you wish to do so.

How Much Does an Average Pumpkin Weigh?

What’s the Minimum Hot Holding Temperature for Pizza, and Why?