What is Urbech Paste? The Nut Butter You Must Try

There are dozens of nut butters to choose from, whether it’s hazelnut spreads, almond butter, peanut butter, but if you’re looking for a change, urbech paste might be for you. Urbech paste is a Russian … 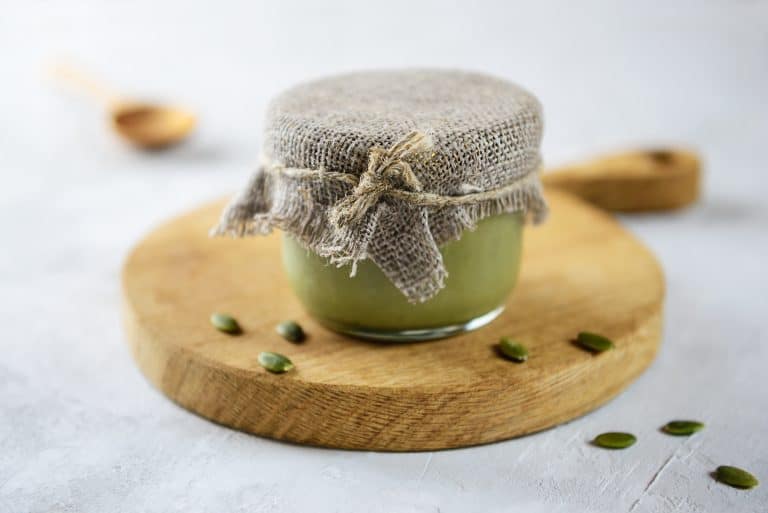 There are dozens of nut butters to choose from, whether it’s hazelnut spreads, almond butter, peanut butter, but if you’re looking for a change, urbech paste might be for you.

We’ll walk you through everything you need to know about adding urbech paste to your diet.

Urbech is a paste made from fine ground, nuts and seeds. There are dozens of varieties but this Russian delicacy was originally made from flaxseeds. So in a sense, it’s somewhat similar to peanut butter or almond butter.

Sometimes urbech is made from just one ingredient, like pure hemp urbech, but others may contain a combination of nuts and seeds. So, since every urbech paste is different, it’s difficult to describe the taste, texture, and color as it can vary drastically.

Urbech is typically a raw paste, meaning it was not pasteurized. So, if you see the label indicating the product was not treated with any heat or chemical treatment, it means it’s unpasteurized.

There are strict rules surrounding dairy products and pasteurization in the US, but since urbech is substantially less common, it is not as heavily regulated. Not all urbech is raw either, but if you’re unsure, it’s best to avoid urbech paste if you’re immunocompromised or pregnant to be on the safe side.

Urbech can be enjoyed in a variety of ways. You can use it as a salad dressing or spread it on toast, crackers, or flatbread.

Is Urbech Vegan or Vegetarian?

Urbech is usually vegan-friendly since nuts and seeds are plant-based. Some recipes will use honey, which is vegetarian but not vegan. So, you will need to check the ingredients before purchasing or alter the recipe if you’re making urbech paste from scratch.

Urbech was originally only made from flax seeds, but now, you can find pumpkin urbech, nut urbech, apricot seeds urbech, sesame urbech, and many more flavors and combinations. These are all vegan ingredients.

More often than not, urbech is made from just one ingredient, for example, hazelnut urbech only contains ground hazelnut kernels. You might occasionally come across a mixture of nuts and seeds in one urbech paste.

Generally speaking, these are usually vegan, but it doesn’t hurt to read the ingredients list before purchasing to be on the safe side.

Is Urbech Good for You?

Generally, nuts and seeds are packed with vitamins, minerals, fiber, and protein. So, urbech paste is an easy way to add more nutrients to your diet.

Grinding the nuts or seeds into a paste actually makes it easier for the body to digest. Urbech is also great if you struggle to eat nuts and seeds or find yourself struggling to eat a higher volume of food, since it has a lot of nutrients in a small serving size.

Flaxseeds are a good source of fiber, protein and omega-3. As vegans and vegetarians do not consume plant-based sources of omega-3, such as fish, flax is a good way to keep on top of it.

Pumpkin seeds are a great source of antioxidants, which combat free-radical damage. Consuming antioxidants regularly can reduce premature aging and the risk of developing certain illnesses like some kinds of cancer.

Research also found pumpkin seed oil can reduce arthritis in rats – but animal studies may not have the same results in human trials.

Hazelnut urbech is usually made from ground hazelnut kernels.

Hazelnuts are another great source of antioxidants and anti-inflammatory compounds.

Sesame seeds are rich in vitamins and minerals, in particular the B vitamins which vegans may struggle to find in their diet.

You might also come across hemp seed urbech. Hemp seeds are a great source of protein, omega 3 and omega 6 are praised for their ability to help lower “bad” cholesterol levels. The amino acids in hemp may also reduce inflammation.

Since most people do not eat Apricot seeds, urbech is a handy way to reap the benefits, as it is a good source of omega-3, fiber, and protein.

However, they should be consumed in moderation. Compounds found in apricot seeds can convert to cyanide in the body, which is a type of poison. There are claims that apricot seeds can help treat cancer, but due to the concerns about cyanide’s impact on human health, it is not recommended as a cancer treatment.

There is also little to no scientific evidence to prove these anticancer claims.

So, if you are consuming pure apricot seed urbech, do so in very small doses and do not eat it regularly. You should also consult your doctor first.

Coconut can reduce “bad” HDL cholesterol. However, coconut is still high in fat so you should consume it in moderation. The MCT, medium-chain triglycerides found in coconut oil can also help improve gut health.

Where can I Buy Urbech?

Urbech is not particularly common, so it’s hard to track down in stores. Small independent health stores may carry urbech paste. If you do not have access to these, you can also find tons of urbech varieties on Amazon. However, more often than not, people seem to make urbech themselves.

I hope this cleared up any questions you might have had about urbech paste.

What To Serve With Mozzarella Sticks – Side Suggestions

Is Goat Cheese and Milk Paleo? If So, Why?