Why Vegans Do or Don’t Eat Yeast: The Reasons 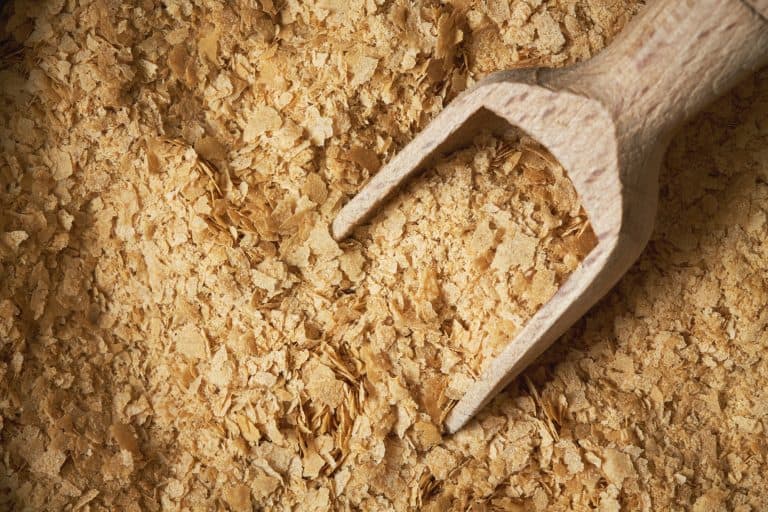 Given how often nutritional yeast is shared by vegan food bloggers on social media, you might think it’s a staple in a vegan diet.

Nutritional yeast is pretty debatable among vegans; some love it, and some loath it. While it’s rich in protein and vitamin B12, there are some drawbacks which are why not all vegans are fans of nutritional yeast.

Here are some reasons why vegans do or don’t eat yeast.

Why Do Some Vegans Eat Yeast?

There are several reasons why vegans eat yeast.

It’s A Good Source Of Vitamin B12

There are very few plant-based sources of B12. This vitamin is typically found in meat, fish, eggs, and dairy products. This is why many vegans take B12 supplements.

Only five grams of nutritional yeast contains more than 300% of the recommended daily amount of B12. So, sprinkling some yeast over a meal is a handy way to ensure you are not deficient in this nutrient.

This vitamin is important for the formation of new cells, DNA, and red blood cells. Signs of vitamin B12 deficiency include fatigue, breathlessness, headaches, heart palpitations, and more. Since this is a fat-soluble vitamin and is stored by the body, it can take some time before you begin to notice these things.

Complete proteins are few and far between in plant-based diets. A complete protein is a protein source that contains all nine essential amino acids our body cannot synthesize.

While plant-based protein sources like nuts, seeds, legumes, and chickpeas contain protein, individually, none of these foods contain all the amino acids you need in your diet. This is why so many vegans and vegetarians make sure to consume a wide variety of plant-based proteins to cover their bases.

Two tablespoons of nutritional yeast contain almost eight grams of protein, which is a good amount for such a small serving of foods. It’s a convenient way to add more protein to your diet without having to add a significantly bigger portion of food.

The only other complete plant-based proteins are soy and quinoa.

Many vegans are skeptical of plant-based cheese alternatives because they’re highly processed foods. So, they consider nutritional yeast a healthy, natural alternative.

Nutritional yeast has a savory flavor that is similar to cheese but is not an exact match. Some vegans will sprinkle it on foods or mix it with other ingredients like coconut milk and spices to make a vegan cheese sauce.

It’s Usually Suitable For Those With Allergies

Although soy is also a complete protein, it is a common allergen, so many vegetarians and vegans must avoid soy products entirely, like tofu and soy milk.

Nutritional yeast is a way for these vegans to ensure they’re getting the correct nutrients as it is not considered an allergen. It is also gluten-free and suitable for those on a keto diet.

Although quinoa is not an allergen, some people experience digestive discomfort after eating it. This is especially true if the quinoa is not rinsed before preparation, as this process reduces this amount of saponin – a bitter-tasting compound that may cause cramps. So, for many vegans, nutritional yeast is a more convenient source of nutrients.

Why Do Some Vegans NOT eat Yeast?

There are also several reasons why some vegans avoid yeast.

They Would Rather Vitamin Supplements

So, they would rather not calculate how much B-12 they’re getting and just stick to vitamins where they know they’re at least getting the RDA with daily use. Supplements aren’t a replacement for a healthy diet, but they are arguably better if someone cannot get the right nutrients from their diet.

There are Better Cheese Alternatives

There are tons of vegan alternatives to cheese these days that taste, feel, and even smell identical to real cheese. Nutritional yeast has a nutty, savory flavor but doesn’t taste identical to cheese and lacks the same texture, which is why some vegans don’t think it’s worth buying.

Some vegans cannot have nutritional yeast even if they want to.

Many nutritional yeasts may interact with some medications, in particular monoamine oxidase inhibitors (MAOIs), which are used to treat depression.

So, if you are on any medication, consult your doctor before adding nutritional yeast to your diet.

It Can Be Pricey

Lots of supplements and so-called superfoods can be pricey. So, many vegans would rather spend their money on substantial foods like rice, tofu, and veggies rather than smaller add-ons like nutritional yeast.

It’s Not Suitable For Everyone

Not everyone can tolerate nutritional yeast, especially in large doses.

Although it is gluten-free, anecdotally, some people who are intolerant to gluten might find themselves feeling unwell after consuming nutritional yeast.

Some people with Crohn’s disease or IBD might also feel unwell after trying nutritional yeast.

Since it’s high in fiber, it’s very easy to overdo it if you’re already consuming a lot of fiber elsewhere in your diet. There’s 16% of the recommended daily amount of fiber in a two-tablespoon serving of nutritional yeast. Consuming too much fiber can cause cramps, nausea, and gas.

So, if you feel unwell, cut back on the amount of nutritional yeast in your diet or eliminate it altogether and see how you feel. If you suspect something is seriously wrong, consult your doctor.

I hope this helped you determine whether nutritional yeast is for you.

Can You Eat Tamales Cold? Are They Good?