Where to Buy Vegan Marshmallows

The good news about veganism nowadays is there are tons of vegan alternatives to fast food and candy, including marshmallows. The hard part is finding stores that carry vegan marshmallows and ensuring you picked up … 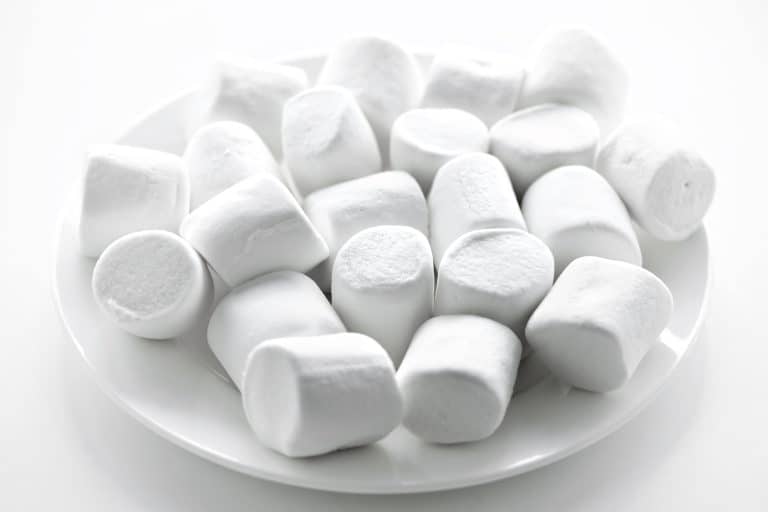 The good news about veganism nowadays is there are tons of vegan alternatives to fast food and candy, including marshmallows. The hard part is finding stores that carry vegan marshmallows and ensuring you picked up the right item.

You can find vegan marshmallows in Trader Joe’s, Wholefoods, Amazon, and Walmart.

Here’s everything you need to know about where to buy vegan marshmallows and what brands are the best.

What are some Good Vegan Marshmallow Brands?

Dandies are big, light, and fluffy, so they’re a great addition to a cup of hot chocolate or for making s’mores – keep in mind that Danides actually melt better in a microwave than over fire!

They’re also gluten-free, so they’re accessible to more than just vegans. They’re Kosher, fat-free, and non-GMO too. They even have fun seasonal flavors like maple syrup.

While tapioca syrup and cane sugar are more natural than high-fructose corn syrup, remember, sugar is sugar, so consume Dandies in moderation.

Trader Joe’s marshmallows have the same ingredients as Dandies, so expect a similar taste and texture.

They come in the standard size, but you can even get mini marshmallows and peppermint flavored marshmallows – which are still vegan. However, they occasionally get in seasonal products like the Peanut Butter Cocoa Marshmallows, which are not vegan, so always check the ingredients list first (source: Trader Joe’s).

Trader Joe’s vegan marshmallows have a thicker consistency than regular marshmallows. Although they make good rice crispy treats, it might be a little challenging. They’re also great for making s’mores.

If you were a big fan of pink marshmallows, you’ll love Freedom Mallows.

Freedom Mallows sell bags containing a mix of white vanilla and pink strawberry marshmallows. If you like one flavor more than the other, you can get them separately.

These marshmallows are Kosher, halal, gluten-free, tree-nut free, and soy-free. Soy is very prevalent in vegan foods. However, since it’s a common allergen, it can be difficult for some people to find snacks – which is why these vegan marshmallows are great.

These marshmallows get smooth and soft in hot drinks. They don’t cook as well over a fire as regular marshmallows do, but they still get crispy with a somewhat melted inside.

Yummallo marshmallows are soft and melt in your mouth, which makes them great for adding to hot drinks or making rice crispy treats.

They’re also fat-free, non-GMO, gluten-free, and are made without high fructose corn syrup. Their ingredients list is similar to Freedom Mallows – which, again, isn’t a bad thing. Marshmallows have never been seen as a health food, so it’s okay to treat yourself.

Not all Yummallo products are vegan, so check the ingredients list carefully before purchasing. So far, their only vegan product appears to be standard vanilla marshmallows.

Where to Find Vegan Marshmallows

As mentioned earlier, they also offer seasonal, flavored marshmallows, but not all of these are vegan. So, before trying any new Trader Joe’s marshmallows, check the ingredients list to ensure they’re vegan too.

Walmart stock Yummallo’s vegan marshmallows and their regular range. They also sell Dandies too, so if the store is out of one brand, there’s a good chance they’ll at least have the other in stock. These should both be available in Walmart nationwide.

Target sell Dandies but they don’t seem to be in every store.

What About Vegan Marshmallow Fluff?

The brand Marshmallow Fluff sells vegetarian marshmallow fluff, but it’s not suitable for vegans since it contains eggs. These can be found on Amazon.

Kraft Jett Puffed marshmallow fluff in Target is gelatin-free but isn’t vegan because it contains eggs. Their regular marshmallows are egg-free but contain gelatin.

Dandies previously announced they were launching vegan marshmallow fluff in 2022, but it doesn’t appear to be live on their website just yet (source: VegNews).

I hope this helped you find vegan marshmallows!

The Best Vegan [Plant Based] Milk for Cereal

Is Frozen Pizza Unhealthy or Bad For You? [The Facts]