Dairy is not on the “approved” list of Paleo-approved foods, but that doesn’t mean it’s not healthy. Many people who adhere to the Paleo diet try to keep to the spirit of the diet without … 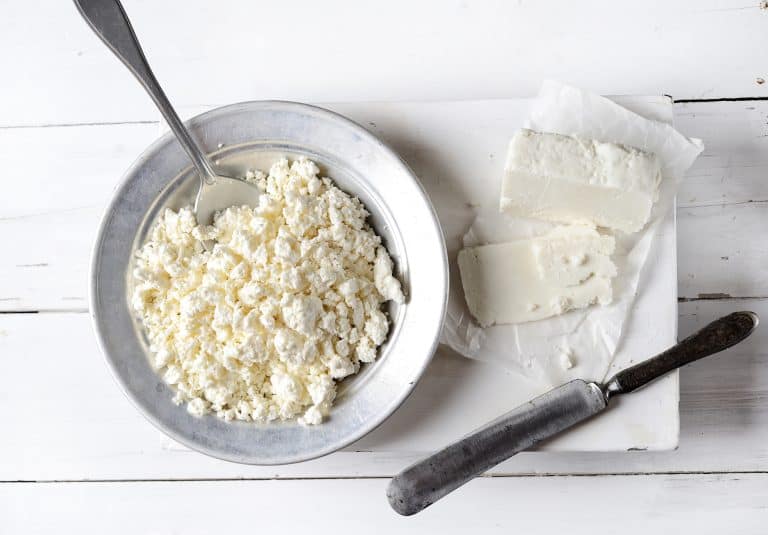 Dairy is not on the “approved” list of Paleo-approved foods, but that doesn’t mean it’s not healthy. Many people who adhere to the Paleo diet try to keep to the spirit of the diet without actually being so strict that they cannot have certain foods. However, can you still eat cottage cheese and be on the Paleo diet?

Cottage cheese is not paleo-approved in the strictest sense of the diet, as hunters and gatherers did not eat dairy products. However, it is on the list of foods you can sometimes enjoy in moderation. Whether you enjoy low-fat or full-fat cottage cheese, that’s your choice.

If you love cottage cheese and can’t bear to part with it while on your Paleo journey, stick around. I’ll show you how you can have cottage cheese on a Paleo diet and why it can be part of a healthy lifestyle. I’ll also explain why it’s not approved on a strict Paleo diet.

That being said, living in our world today means that we have many more foods to choose from than they did, including low-fat and full-fat cottage cheese.

But what should you choose, especially if you’re following the Paleo diet?

There are two types of ancestral diets that you can follow:

The difference between these two diets is that the Primal diet fully accepts full-fat dairy. (source: Mark’s Daily Apple) However, many of the foods on the Primal diet list are also on the Paleo diet list.

During the low-fat craze of the 80s and 90s, every full-fat item had the fat removed to be “healthy.” However, food manufacturers added copious amounts of sugar to replace the fat, which proved disastrous for people’s health and weight.

Low fat cottage cheese doesn’t have sugar, per se, and is touted as the better option for a healthy diet by mainstream nutritionists and doctors.

But when you’re on the Paleo diet, full-fat dairy is considered to be better due to the research done by the Weston A. Price Foundation. (source: Weston Price Foundation)

The founder of the Weston Price Foundation was a dentist who studied pre-civilization cultures to learn about dietary habits and the effects on their teeth. He found that full-fat meat and dairy did not affect their teeth or cardiovascular systems.

He also found that these cultures ate a lot of fermented foods.

A modern-day Paleo diet has room for cottage cheese. But you may want to make it full-fat, rather than low-fat, to capitalize on the benefits of full-fat dairy, as mentioned above.

Why Cottage Cheese Is Not Strictly Paleo

A strict Paleo diet follows the idea that our Paleolithic ancestors didn’t have access to dairy products. It also suggests that the cows we have today are a man-made creation due to genetic engineering through the years.

For that reason, cottage cheese and other dairy products are not strictly Paleo in nature. (source: Eating Well)

Paleo foods consist of those items that our ancestors could hunt or gather, such as:

The founder of the Paleo diet, Loren Cordain, suggested that dairy products are harmful to human health. (source: The Paleo Diet) The reason, of course, is that dairy products have only been in our diet for the last 10,000 years, which is not enough time for us to evolve to adapt to this food.

However, many in the Paleo community disagree with Loren and have modified the diet to match their preferences and needs. If you have dairy allergies, you might want to follow Loren’s advice, but if you don’t, you might not need to.

Since cottage cheese is a dairy product, it is not strictly Paleo, but that doesn’t mean you can’t eat it if you’re following the Paleo diet. Even if you follow the Paleo diet at least 80% of the time, you’ll still reap the benefits of the diet.

Browning and Baking with Vegan Butter

Alcohol in Margaritas (How Many Will Get You Drunk?)