If you’re a cheese lover like me and want to try the Paleo diet, you might be disappointed to learn that dairy products and cheese, in particular, are a big no-no in this diet. Thankfully, … 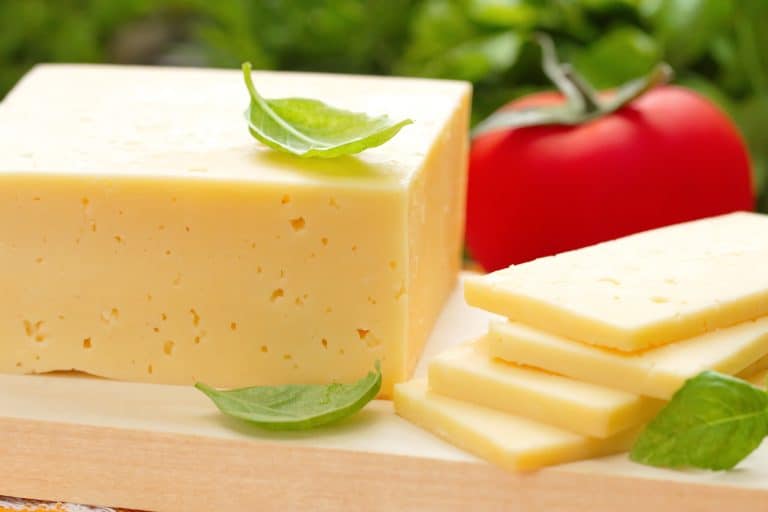 If you’re a cheese lover like me and want to try the Paleo diet, you might be disappointed to learn that dairy products and cheese, in particular, are a big no-no in this diet. Thankfully, today there’s no shortage of great alternatives to traditional cheese.

Still, as you might know, not every vegan or dairy-free option is paleo, so what is the verdict for these types of cheeses?

Dairy-free or vegan cheese is Paleo-friendly if they’re made of Paleo-approved ingredients. Cheese made with plant-based milk, nuts, or veggies can be paleo-friendly. Either way, you can still choose to enjoy vegan or dairy-free cheese despite them not being strictly approved.

Want to know more? Stick around to discover the types of cheeses that can be part of your Paleo diet.

Dairy-free cheese is Paleo-friendly because it’s usually made using Paleo-approved products like nut milk, vegetables, and different kinds of seasonings. Nuts, vegetables, herbs, and spices are part of a Paleo diet, given the fact that they were available to our ancestors in the Paleolithic era.

There are several types of dairy-free cheeses, from cashew to zucchini cheese.

Naturally, there’s more to them than just vegetables or nuts. The recipes for dairy-free cheese generally include some sort of liquid, like water or nut milk, as well as something to bind the cheese together, usually gelatine (Source: Paleo Leap).

Additionally, dairy-free cheese needs some type of fat, like coconut or avocado oil. Finally, seasoning is required in the form of nutritional yeast, garlic powder, mustard powder, or other types of spices.

As you can see, ingredients for dairy-free cheese fulfill the conditions to be part of the Paleo diet, with no grains, dairy, or legumes in sight.

Nutritional yeast is a little debatable, not because it’s part of any of the above groups, but because our Paleo ancestors most likely didn’t consume it. (Source: Paleo Plan) Still, most Paleo enthusiasts would consider it acceptable since it’s not part of the banned groups, and most importantly, it makes food delicious.

Vegan cheese is Paleo-friendly because it’s usually made from plant-based ingredients. As with dairy-free cheese, vegan cheese is made of nuts, vegetables, and seasonings, making it completely plant-based, dairy-free, and gluten-free.

All these qualities put vegan cheese close to the diet of humans during the Paleolithic era and consequently make it part of the Paleo diet.

Vegan cheese includes all types of cheese made entirely from plant-based ingredients, from cashew to cauliflower. Similar to dairy-free cheese, these ingredients are usually cooked, blended, and then bound together.

To complete the recipe, you need some liquid, fat, seasoning, and a binder. Unlike dairy-free cheese, vegan cheese can’t use gelatine since it’s definitely not vegan. A good substitute is agar-agar, which is vegan and Paleo-friendly.

Some vegan cheese includes white potatoes, not necessarily for flavor but for a certain texture that only dairy cheese delivers. When it comes to white potatoes, you might find conflicting statements from different resources.

Some say white potatoes aren’t Paleo since they are high in carbs and low in protein, therefore lacking in nutritional benefits (Source: Men’s Health). And previous Paleo diet guidelines suggested that our Paleolithic ancestors didn’t eat root vegetables, such as white potatoes.

Both dairy-free and vegan cheese varieties are generally considered to be Paleo because they’re made from ingredients that were available to our ancestors, like nuts, vegetables, fats, and spices.

Unlike dairy-free cheese, vegan cheese is not only gluten and dairy-free but also entirely plant-based, which is why it can often be included in a paleo diet. Want to know if vegan cheese is considered healthier than regular cheese? Read more here!

No, Popcorn Isn’t Paleo – And Here’s Why

Is Coconut Sugar Paleo? Why or Why Not?